This site uses javascript. If javascript is disabled in your browser, some functionality may be impaired. 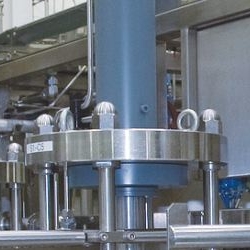 HPLC, a rapid development and a robust
production process to purify APIs

With over 25 years of expertise in the development of preparative chromatography equipment and purification processes, Novasep has pioneered the field of industrial HPLC including both batch and continuous (SMB) technologies. Within recently extended facilities in Shanghai, the company offers process development and scale-up services for the production of APIs under cGMP conditions.

In contrast to common beliefs, HPLC goes far beyond its analytical and laboratory scale applications. Large scale HPLC and multi-column chromatography (SMB or more recently Varicol®) systems are routinely used for the commercial production of APIs on a scale up to 100s of metric tons per year. The technology is fully compliant with cGMP production and many FDA approved drugs are purified or resolved (including chiral compounds).  Novasep itself runs several custom purification plants using its proprietary technologies which successfully passed several FDA inspections. Two technologies that have greatly improved purification of API are Novasep Prochrom® Hipersep® batch HPLC systems for large scale purification (up to several 10's of tons) and Varicol continuous systems for even larger scale production, up to 100 tons. Novasep's growing activity in China focuses on the development and scale-up of processes and the supply of purification equipment.

In terms of process development and scale up, the main advantage of chromatography is the very predictive assessment of the results on large scale based on automated screening results on a small scale obtained from just a small number of experiments using a few grams of material. Direct linear scale-up is guaranteed through the use of advanced simulation tools that were developed to determine the optimal design for large scale equipment and to define robust operating parameters (flow rates, column length, etc.) As a result, the early stage development of a purification process is a rapid and reliable estimation of productivity and costs at large scale. The simulation tool also ensures a smooth transfer of batch data to continuous process. In addition, pilot and industrial scale chromatography units integrate very efficient solvent recycling systems which contribute largely to the reduction of costs (and environmental impact). As a result Novasep Asia provides robust and cost-effective processes and equipment for the production of APIs.

Something went wrong. This is not a picture.